A Synopsis of Inauguration Day 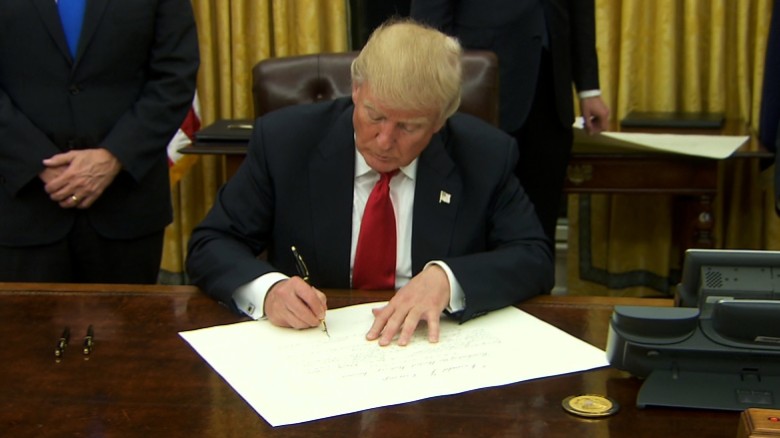 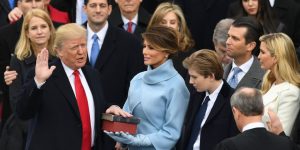 On January 20, 2017, Donald Trump became the 45th President of the United States of America. The day commenced with a church service for then President-Elect Trump, the then Vice-President Elect Mike Pence, and the new cabinet. The service was held at St. John’s Church, a location teeming with tradition, as previous incoming presidents have attended Inauguration Day services there. After the church service, the President-Elect and Vice-President Elect attended a tea reception at the White House hosted by Barack and Michelle Obama. At 10:30 AM, the President-Elect and the Vice-President elect travelled to the Capitol for the swearing-in ceremony. Along with tradition, President Obama and President-Elect Trump rode in the same vehicle, signifying the peaceful and democratic transfer of power that the United States prides itself on. At 12:00 PM, Donald J. Trump became the 45th President of the United States. Following, President Trump gave remarks in the traditional Inauguration Day Speech. Trump made the future of the country sound promising, with ideas circulating job creation, firmer border control, and the resurgence of all the American peoples’ voices. President Trump also raised alarms for foreign allies and enemies when he said: “From this day forward, it’s going to be only America First. America First!” The President’s inauguration speech incited hope in many Americans, but also left a lot to be desired in non-supporters. After the ceremony, Barack Obama departed the Capitol for the last time as President, to go on vacation with his family after a long eight years as Commander-In-Chief. At 3:00 PM, the 45th President made his way down the long presidential parade route, greeting Americans along the way. He then went to the White House, and signed his first Executive Order as President, to repeal ‘Obamacare’ as he had promised during his campaign. The attended two balls that evening: The Liberty and Freedom Ball, and the Military Ball. The President and new First Lady Melania Trump danced in front of crowds, and Donald Trump and Mike Pence cut the inauguration cake to cap off a very historic Inauguration Day.

President Trump signs an Executive Order to repeal Obamacare at the Resolute Desk in the Oval Office. (http://i2.cdn.cnn.com/cnnnext/dam/assets/170120193112-trump-obamacare-executive-order-better-exlarge-169.jpg)