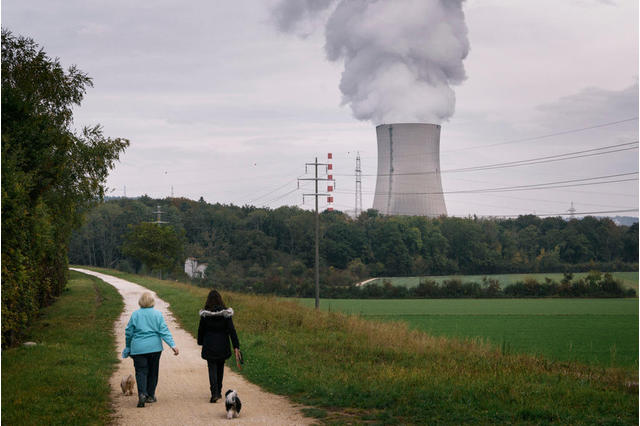 Swiss voters voted to keep their nuclear power plants running on November 27, 2016. The vote was on to close the country’s five power plants after almost 45 years in operation. The Swiss Green Party attempted to close down these power plants because they felt that that the power plants, that were made in the 1970’s, were unsafe. If the initiative had passed, 3 reactors would have to be closed by next year, and the rest by 2029.

The Gösgen nuclear power plant, still in operation via Keystone

The opposing parties, the main centrist, right-wing party members, and the business community dismissed this initiative because they believed it was too hasty. Their argument was that Switzerland would have to default to importing electricity from coal power plants in Germany and nuclear power plants in France. Another concern was that the initiative could lead to blackouts and trigger considerable compensation from the plant workers.

The result of the voting proved that the Swiss are not ready to hastily shutdown nuclear power plants and proves that the people have faith in their government’s energy strategy. The Energy Minister Doris Leuthard concurred with the people’s voting saying that “A policy change is not feasible from one day to the next”.

As Switzerland stays with nuclear power, the country will consume less oil and coal. Nuclear power is a clean resource that creates small amounts of waste for its electrical production. This means that Switzerland will remain to be powered by clean energy sources other than solar and wind. Nuclear power allows Switzerland to avoid buying energy from other countries, to not burn fossil fuels to create energy, and to help the European initiative to reduce their carbon footprint.

This is not a permanent solution. Switzerland will eventually leave nuclear energy when these plants become unsafe. When the plants become unsafe, when they do not meet the safety requirements, Switzerland will not build any more power plants to replace them, so that means that this is the end of nuclear energy for Switzerland. All this ‘initiative’ was supposed to do was to speed up the process of shutting down nuclear power plants.