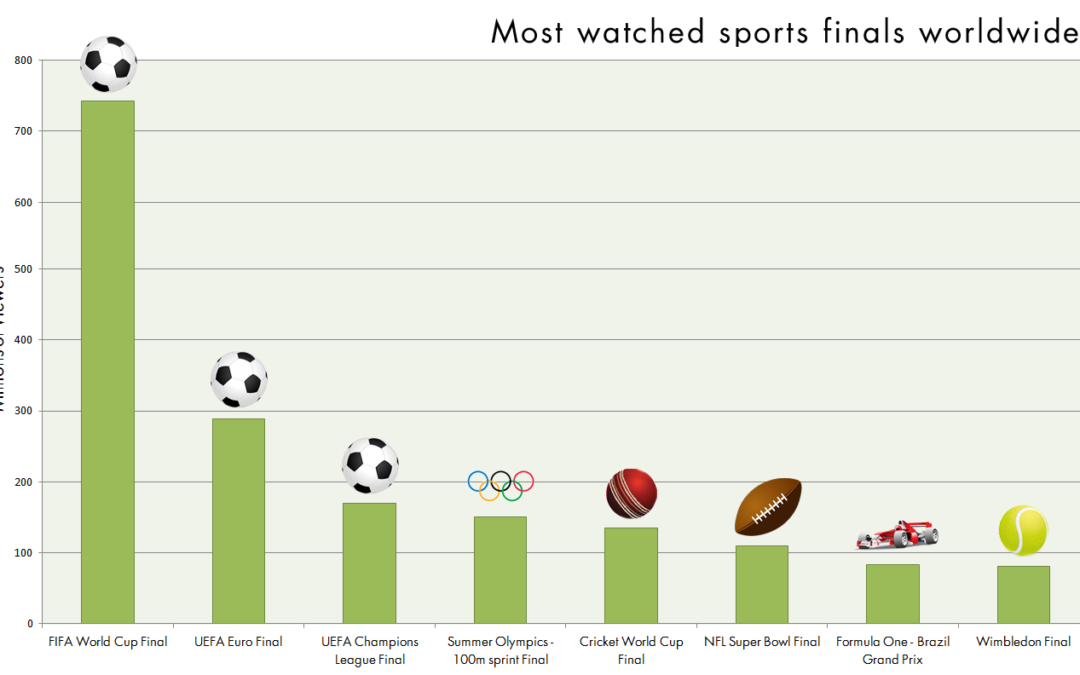 Growing up surrounded by the American culture and society, it is hard to see how any sport in the world could be more important than football. As America’s national sport, it is by far the most watched sport both at the collegiate and professional level (see chart below). Football fans are often the most passionate sports fans, but that is what I have always thought living inside the American sports bubble. In almost every single other country in the world if you start talking about football, you will have people talking about a completely different sport… soccer. Before becoming more interested in watching soccer, I never truly understood how important and popular it was around the world. For multiple reasons soccer trumps football. Soccer is dominant in many categories over football: viewers, athletes, many countries involved, corporate sponsors, and history.

First we should look at the amount of viewers for soccer. The World Cup is more popular than the Olympics. The FIFA World Cup in 2014 brought in over 3.2 billion viewers, while the finale brought in over 1 billion. Approximately 1 out of every 7 people in the world were watching the finale that brought victory to Germany. In case you were wondering, Super Bowl 50 brought in just a mere 112 million people. It is clear in the numbers that Soccer is on a completely different scale than football when it comes to the amount of viewers it attracts. 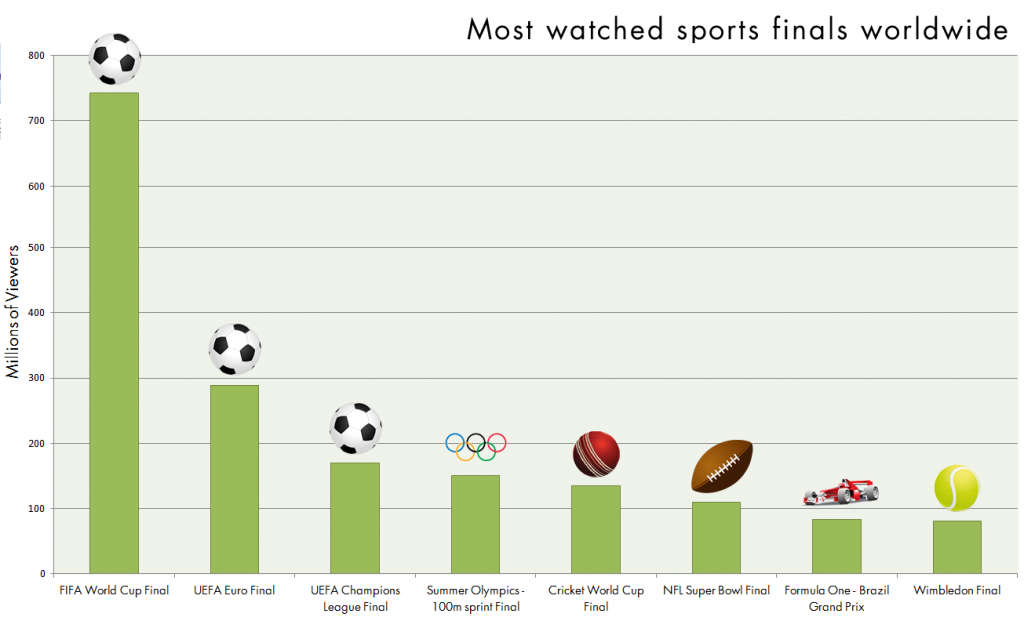 While football is only marketable to American viewers, just about every country in the world is crazy for soccer. With major leagues in England, Spain, Germany, Italy, France, there is a variety of places to watch soccer. In addition to the many countries that have soccer leagues, it is the diversity of where the players come from that draws in even more attention. Americans’ enjoy supporting American players in sports, similarly people from around the world enjoy supporting soccer players of their country. Let’s take a look at Barcelona (currently the #1 ranked team in the world). 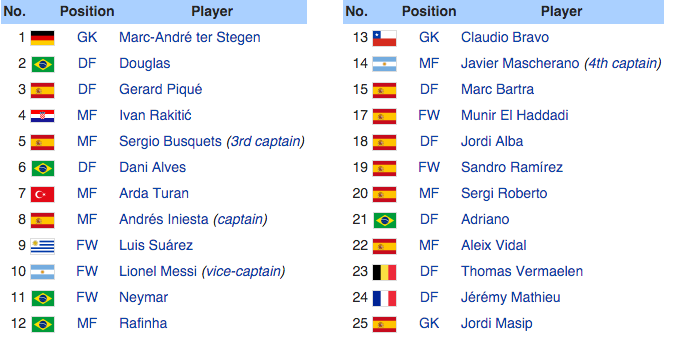 Barcelona being based out of Spain, you would expect the team to be Spanish based. Out of 24 players only 10 are Spanish. Additionally on this one single team, 10 different nations are represented. Aside from Barcelona being a team that attracts many Spanish viewers, it is also attracting viewers from countries that are supporting their players, along with countries all over the world supporting the team out of interest. These international viewers further supports why the World Cup and UEFA Cup (Europe’s best teams) draw far more viewers than America’s juggernaut, football.

Lastly, football is comprised of international leaders and figures along with major corporate sponsors. While American sports have leaders such as Tom Brady and Lebron James, soccer players represent multiple nations around the world. When many people think of soccer, they are drawn in by major figures such as Messi and Ronaldo. These players, along with their teams, are recipients of sponsorships from the world’s major companies such as Nike, Adidas, Volkswagen, Pepsi, etc.

Recently the United States and China have been catching up with this sports craze, trying to improve their leagues. The MLS recently has been a destination for retiring players from Europe. In doing this, the MLS has gained a more steadfast crowd of fans. In the future it is possible that current stars such as Ronaldo, Messi, and Rooney may find their way to the MLS which will gain even more popularity to the growing sport. The question is, why has it taken all this time for America to catch up on this craze that has been dominating the rest of the world for many years prior!