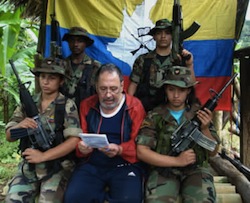 Colombia is often seen as a rather violent country today, though most people may not know the underlying reasons for its violence. Colombia has been plagued with violence as a result of conflict between the government and rebel group Revolutionary Armed Forces of Colombia (FARC). This conflict is ongoing, and peace negotiations between the radical left-wing group FARC and the Colombian government have been in the process since 2012.

You may be wondering why FARC is still fighting in the first place: they are a Marxist group originating during the Cold War period, once backed by the USSR and Cuba. Marxism generally doesn’t go well with any other political ideology, which might explain conflict. Their radical ideas had little place in Colombia during more politically turbulent times during the 1960’s and certainly have no place today. Yet, with their strategic use of terrorism, illegal economic activity, and kidnapping, they have been able to force the government’s hand in years past. Although the group’s power has declined noticeably over the past ten years,,the group membership in 2013 was reported to be around 10,000 members. 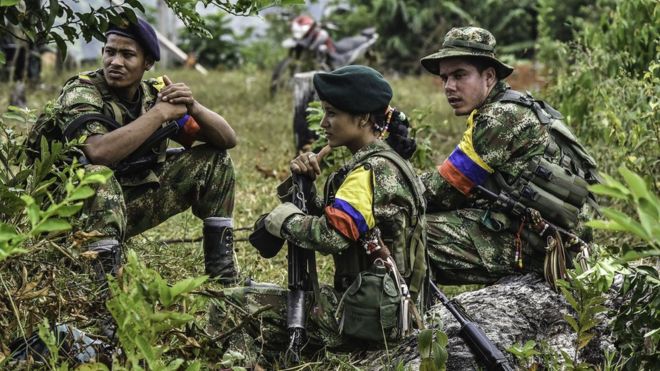 On September 26th, 2016, a peace agreement between the Colombian government and FARC was signed. This peace treaty, once ratified, would mark the end of the 52 year long conflict between the government and FARC, beginning an era of cooperation between the two groups. Colombians in favor of the agreement were looking forward to a new era of peace and security in their homeland. The vote was predicted to pass through with double-digit margins in the popular vote. 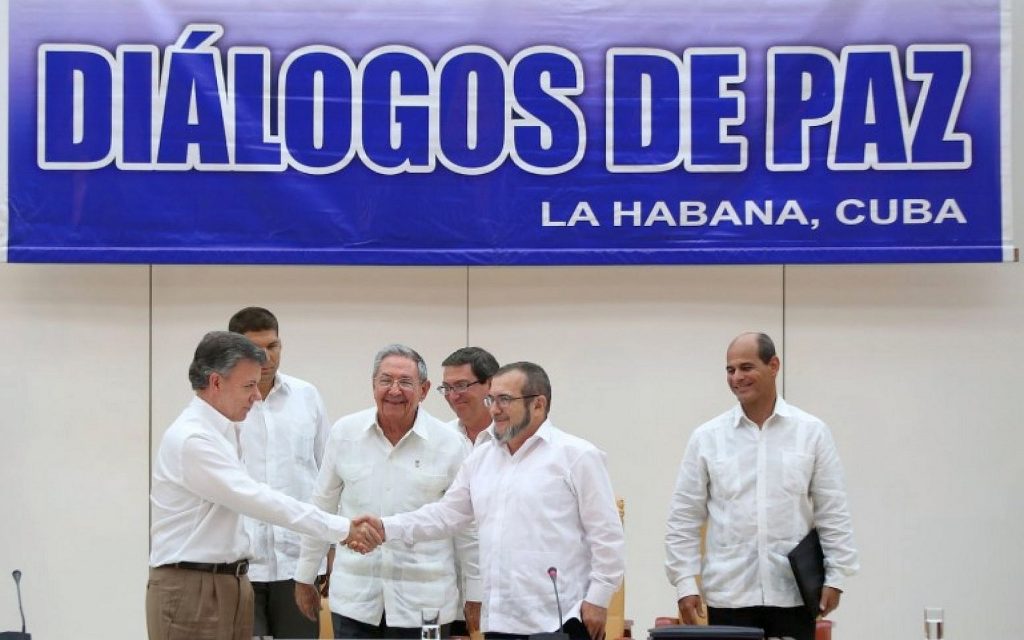 Signing off on the peace treaty.
http://barranquillalife.com/wp-content/uploads/2016/02/FARC-Peace.jpg

The treaty went before the public in a referendum vote on October 4th, 2016. The public narrowly voted the referendum down, with 50.22% of the votes against the treaty. This vote bears parallels to the Brexit vote in Britain, whereas both votes were predicted to go one way by fairly large margins, and they went the other way. Why in the world would Colombians vote against ending a pointless war at this point? Many have expressed they cannot forgive the kidnappings of FARC’s past, and do not see a peace treaty as a just ending to the conflict.

Negotiations are still underway in Havana, Cuba, with a ceasefire in place at the moment. For the time being, the UN is deploying 400 monitors to Colombia to ensure that the ceasefire maintains. The ceasefire is set to last until December 31st, but head FARC commander Rodrigo Londoño has ensured that the group is set on a peaceful future. Yet, none of this would have been necessary had the vote gone the way it was expected to.

If there is one takeaway that Americans can receive from both the Brexit and Colombian Referendum votes, it is the importance of voting. It is vital in a democratic system for everyone’s voice to be heard, for predictions and projections are hardly ever written in stone. With the US election in the days to follow, US citizens should exercise their right to vote. Don’t let a passionate minority drown out an overwhelming public opinion, much like what happened in Britain and Colombia.