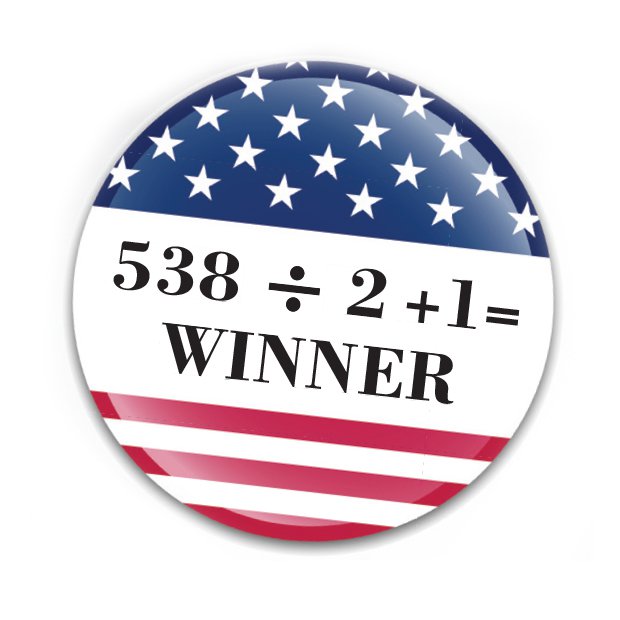 If you don’t know what the Electoral College is, or simply need to refresh your memory, keep on reading!

Once again, the American people have voted to elect the next president of the United States. On Tuesday, if you were 18 or older, you had the opportunity to directly contribute to the selection of the new face of our nation. However, let’s step back for a moment. What if I told you that your vote, in most cases, doesn’t have a direct say in the election of our next president? What if I told you that if you live in a state with a dominant party such as Massachusetts or California, chances are your individual decision of whether or not to vote will have little impact on the outcome of the election?

Disappointed? Angry? I am too. I’ll explain all of this in a minute, but first a quick United States History lesson.

When the Constitution and the Bill of Rights were written, our founding fathers were enthused by democracy, the idea that average citizens can have a say in decisions made by the government. However, these men had little trust in the political opinions of common people. Thus, our government was created to respond to public opinion to a certain extent, but to do so through representative officials so that control of the government would stay exclusively in the hands of the elite. A lot has changed since the 1790’s, as many political developments, such as the process of electing party delegates, have become more transparent and open to public participation. However, some processes, such as presidential elections, have remained similar. In our nation, the president is not directly elected by popular vote, but rather by a group of selected electors known as the Electoral College.

The term “Electoral College” is constantly thrown around when discussing the presidential election, however not all people are familiar with its structure and the manner in which it operates. The Electoral College is a group of 538 electors from all 50 states that have a direct vote in the selection of a president. In order to win the presidency, a candidate must receive at least 270 electoral votes. Each state receives an allotted number of electors based on its number of congressional representatives. In other words, each state receives as many electors as it has senators and seats in the House of Representatives. For example, Vermont has 3 electors whereas California has 55 electors. These electors are chosen at each major party’s state convention, most of whom are state-elected officials, party leaders, or people with strong support for a particular candidate. 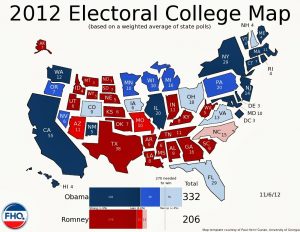 Photo: The electoral map of the 2012 presidential election

The Electoral College, in every state other than Nebraska and Maine where the winner is guaranteed two votes while the remaining votes are distributed in proportion to the state’s popular voting percentages, works in a winner-take-all system. This means that the candidate with the largest popular vote in a state receives all of that state’s electoral votes. This means that even if one candidate receives 49.9% of the popular vote in a state and one candidate receives the other 50.1% of the popular vote in that state, the candidate with 50.1% of the votes wins 100% of the electoral votes allotted to that state. Because of this, having support from just below half of a state’s voter population is just as effective as having no support at all. Overall, this winner-take-all structure leaves many votes completely unheard. For example, in overwhelmingly democratic states such as Massachusetts and California, a significant number of republican voters are ignored in presidential elections as a democratic majority often cancels out any republican votes. The same can be said about democratic voters in overwhelmingly republican states such as Oklahoma.

Nonetheless, there are several advantages to using an Electoral College in our presidential election. For one, states with low populations in comparison to the average state population, such as Montana and Alaska, that would be overshadowed in a popular presidential election receive a representative advantage as the structure of the electoral college guarantees them at least 3 electoral votes regardless of their population. As political ideology can vary significantly from state to state, this ensures that the minority opinion has a say in the election process.

Of course, I believe that it is the civic duty of every eligible United States citizen to vote, as the foundational ideals of our government are only upheld if there is widespread voter participation, however the purpose of this article is to bring attention to one of the ways in which our representation in our government can become infringed. I believe that the disadvantages that come with using an electoral college outweigh its benefits, as the winner-take-all system in place leaves a large portion of public opinion completely unheard. Because of this, I am a supporter of the National Popular Vote Act, a proposition to make presidential elections based on a nationwide popular vote rather than the current electoral system.

In conclusion, the Electoral College may be flawed to a certain extent, however, it is nonetheless a significant aspect of our nation’s government and it is important for all United States citizens to understand how it operates.