An Earthquake to Remember 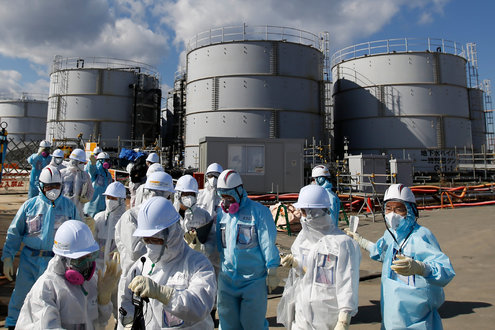 As the year is slowly coming to an end, Mother Nature is not slowing down the creation of natural disasters. Natural disasters strikes are scattered across the globe and heavily impact diverse sets of people. The top ten countries who are prone to natural disasters are depicted below. As one can observe, natural catastrophes are apparent worldwide. 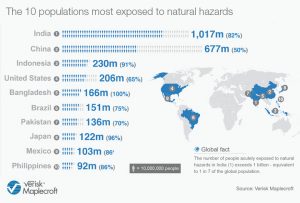 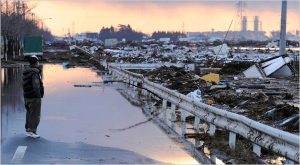 Today, Japan urgently issued a tsunami warning, but later on called it off. This earthquake left an abundant amount of people homeless, injured, and shaken. Most importantly, this devastating earthquake will affect Japan in the future. The area of Fukushima may be affected by radiation as nuclear plants may be affected along the coast. If radiation is leaked from the Fukushima power plant, people will most likely encounter deadly health issues. Residents have fled for higher ground due to this powerful earthquake off the northeast Japanese shore. The earthquake was very powerful as people in Tokyo claimed to feel small aftershocks. 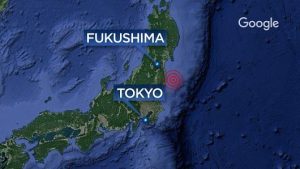 This earthquake will claim the lives of many and may profoundly impact Japan’s domestic stock market. Many industries in Japan will be affected and a significant amount of money must be allocated towards the rebuilding of Fukushima. Natural disasters have a great toll on the whole entire globe and it is important that countries rally together to support one another in times of hardship.