An October Surprise from North Korea 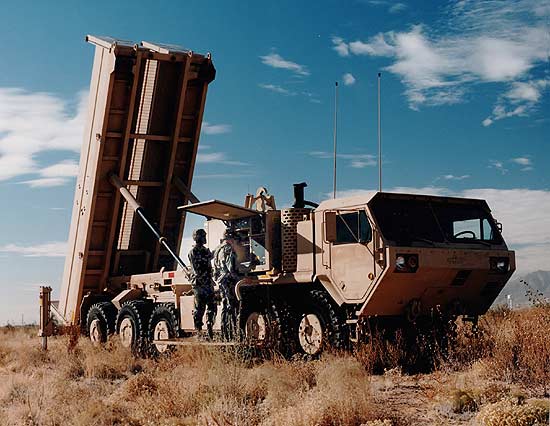 There has been much global speculation and criticism regarding the 2016 presidency and the remaining front-runners. This election has proven to be more controversial than past elections, and with that has come ample international attention – most notably from our enemies across the Pacific. North Korea has always tried new tactics to impair this pre-inauguration October/November time frame. Extrapolating from past history with the U.S. election, global analysts have established predictions of a possible  “October Surprise” coming from Kim Jong-un in the upcoming month.

A study done by the Center for Strategic and International Studies indicates that, over the last sixty years, North Korean leaders have been attempting to ignite tension during election time. A possible North Korean incentive for creating such a global stir is to try and intimidate the  candidates and show them what they will have to deal with. Victor Cha, an American author, scholar, national foreign policy advisor, believes that “North Korea chooses particular windows that they know will gain maximum attention from the world, and the US in particular.” This inspires a sense of unpredictability and fear amongst the nations around the world because there have been numerous attempts to negotiate deals with North Korea, but the country remains very perverse to budge. There is much uncertainty on what is happening in the unstable and isolated Communist nation. North Korea has recently been testing nuclear weapons and planning to attack not only the U.S., but also South Korea and Japan. The safety of South Korea and Japan is the responsibility of the United States as well, which would cause the Pentagon to become frantic during this election period. There have been numerous predictions that North Korea is creating a nuclear weapon that will be able to hit Los Angeles. In general, however, there is no way for the world to assess the North Korean government’s next step due to its isolated state. This unpredictability is what triggers fear in nations worldwide. Indeed, the country has succeeded in a myriad of attempts to spark fear in the global community, as most of the world does not trust the stability of the nation.

However, some analysts have discerned that current leader, Kim Jong-un, would take less abrasive provocations than his father, the preceding leader, Kim Jong-il. For example, there are less fatal provocations like the shelling of Yeonpyeong islands in 2010, which was an artillery engagement between the militaries of South and North Korea. This attack led to extensive damage on the island that caused the death of four, and injury of nineteen South Korean civilians. Former CIA analyst, Bruce Klinger believes that “They may feel more emboldened conducting not only provocations, but actual attacks…they are more likely to retaliate earlier than in the past; they are also more likely to respond exponentially.” Even though Kim Jong-un is not as forceful as his father in instigating violence, North Korea’s capabilities of rising national concern during election season cannot be underestimated.

North Korea has an extensive history of intimidating countries all around the world. Kim Jong Un is viewed by Americans as an extremely stealthy and unpredictable individual, which is why the United States should be remain ever-vigilant during this upcoming election. North Korea is not particularly fond of the United States, especially now that we have helped South Korea to deploy a defense mechanism by the name of THAAD (Terminal High Altitude Area Defense). This summer, South Korea announced that they will be sending THAAD to Seongju in the Southern part of South Korea. The South Korean defense ministry stated, “By operating the US THAAD battery in Seongju, we will be able to better protect one half to two-thirds of our citizens from North Korean nuclear and missile threats.” South Korea’s safety precaution triggered its neighboring country. Due to the United States obvious support of Japan and South Korea, North Korea’s rivals, it would not be improbable that the North Koreans would purposefully stir this 2016 election with vindictive actions.

The United States has had their fair share of threats from North Korea over the years. There has been an incomprehensible amount of announcements from North Korea such as nuclear airstrike on US soil and sabotage on US military bases in East Asia. The tactic will likely to be used by North Korean leaders again to generate fear amongst the candidates and voters, leading them to be more tentative during this 2016 presidency. This election period is one that the U.S. should take precautions based on the instability of North Korea, and the country’s convention of stirring the election, whether targeting directly on the US or its allies.