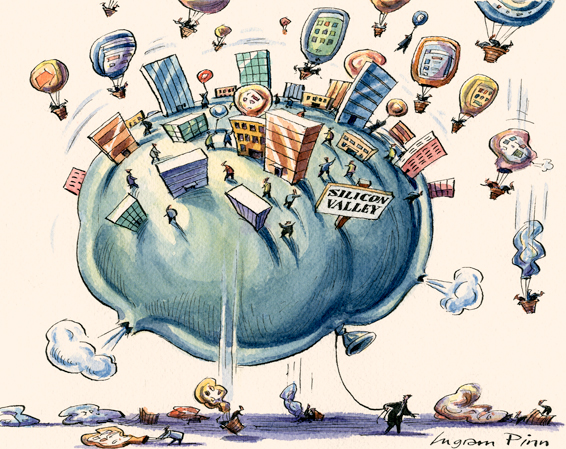 The tech sector has been booming for years. It started with the greats: Apple, Microsoft and Google. Yet over time it seems to be on the decline, companies with great ideas yet no substance are popping up everywhere. Silicon Valley California, who has a history with causing market crashes, is the hotspot for tech start ups, over 140 privately held companies worth over 1 billion USD seem to be thriving. Many of these companies are well funded and have great ideas, yet have no cash flow. It is much like the dot com bubble when people would invest in any company who holds an internet domain. Even the top companies lack proper cash flow to hold up their overvalued price tag. Uber for example, valued at a whopping 62.5 billion USD is a relatively new startup which has not even hit the public market yet. Their revenue was 1.5 billion in 2015 which is awfully small for a supposedly 60 billion dollar company. Many companies with a lack of cash flow could lead to drops in valuation and investors pulling out. This can cause many issues especially in an already rocky market.

This crash can destroy venture capital funds, their investors and take a large toll on the global economy. In this small 20×20 mile radius, over 140 startups who have not had their IPO (Initial Public Offering) day yet are valued at over 510 billion dollars. The last time this happened was the dot-com bubble when the NASDAQ dropped 78% and over 5 trillion was lost. 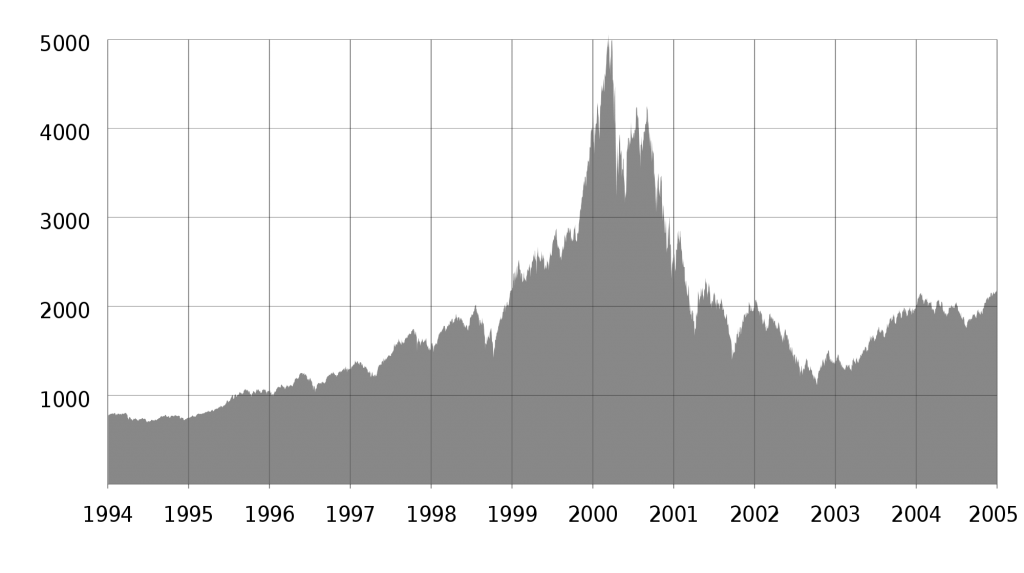 Venture capital funds will take the largest plunge when these unicorns fall, a total of 33% of all venture capital funding is tied up in silicon valley which will all be lost when the bubble pops. There is lots of late funding going on because of the lack of cash flow, much of this being given by mutual and pension funds. This means not only venture capitalists will lose their money but people will lose their savings and retirement funds. The pop will then have a domino effect all the way down the economic chain. It will also frighten investors and the tech industry will see a loss in funding for months if not years.

The inevitable pop is coming, it will destroy our highly overvalued economy and many will suffer through an economic crisis which could last for months. Funds across the board will be affected and the market will take a tumble.