Money Talks, and So Do The American People 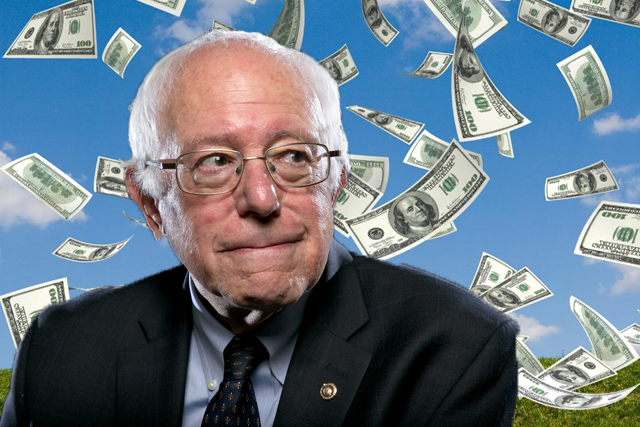 As the battle for the Democratic nomination in the 2016 presidential election continues, Bernie Sanders and Hillary Clinton have received around equal fundraising for their campaigns thus far, with Bernie just edging Hillary out. As of March 31st, Hillary Clinton has raised $182.2 million, and Bernie Sanders has raised $182.9 million. This may not seem all that interesting, but looking at the different ways in which the two candidates raised their money is where the differences arise.

Despite Hillary claiming that Wall Street is attacking her, many of her top donations are from none other than Wall Street firms and the donations are monstrous. Her top donation is a whopping $7.03 million, and it comes from the Soros Fund Management, which is led by billionaire George Soros. Her second donation is a very similar amount. Hillary received a nice $7 million from Euclidean Capital, another financial firm. In fact, all of Hillary’s top 20 contributors donated more than $1 million. These donations are nothing to scoff at, and it can be easily seen how Hillary reached her $182.2 million total.

Now let’s compare Hillary’s top donations to Bernie’s. Bernie’s top donation comes from Alphabet Inc., Google’s parent company, and the amount donated is very surprising. Alphabet Inc. donated $348.5 thousand to for Bernie’s 2016 run, and that is his top donation. A very obvious question arises from this fact, and that is how is it possible, then, that Bernie received more money overall than Hillary? The answer is actually pretty simple but nonetheless, it is an interesting one. 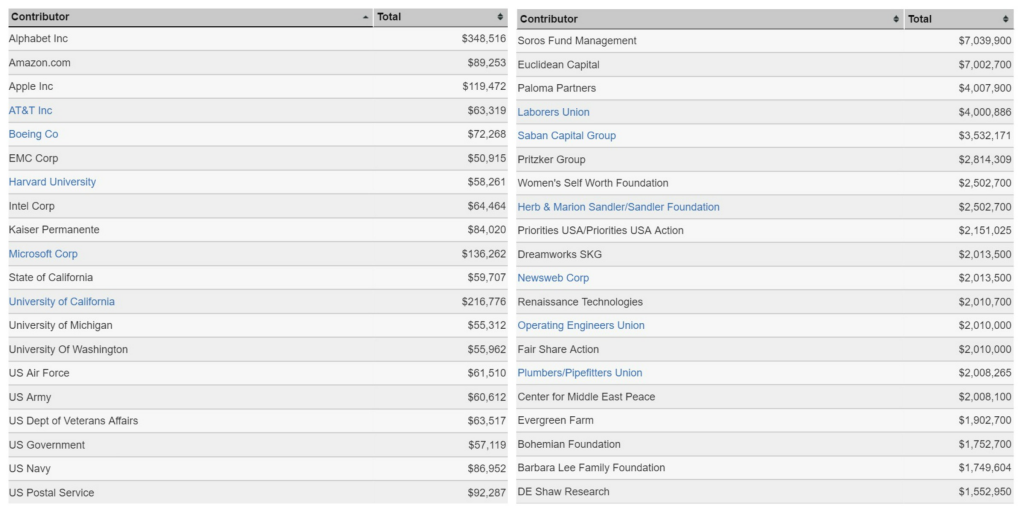 Bernie Sanders has garnered his money from almost entirely his supporters, even though the average donation was only $27. Bernie Sanders has been very strong on not taking donations from PACs and Wall Street firms, and it shows in his donation statistics. 99.8% of his fundraising comes from supporters of his, while only 0.02% comes from Super PACs. Compare this to Hillary’s statistics, where 30% of her donations come from Super PACs and 70% come from supporters.

This is not only a huge win for Bernie Sanders, but it is a win for the American people. Why is it you may ask? Because these statistics reaffirm that we, the American people, can still make a difference. Although sometimes it may seem like our voice in politics is limited, what with the popular vote and delegates, we can clearly see that the average American can still make a larger influence than those at the top when we rally together. As the election continues on, I think that this will be important to remember, because we can decide who will run our country; not just a few investment firms.