A Real Bad Day for LinkedIn 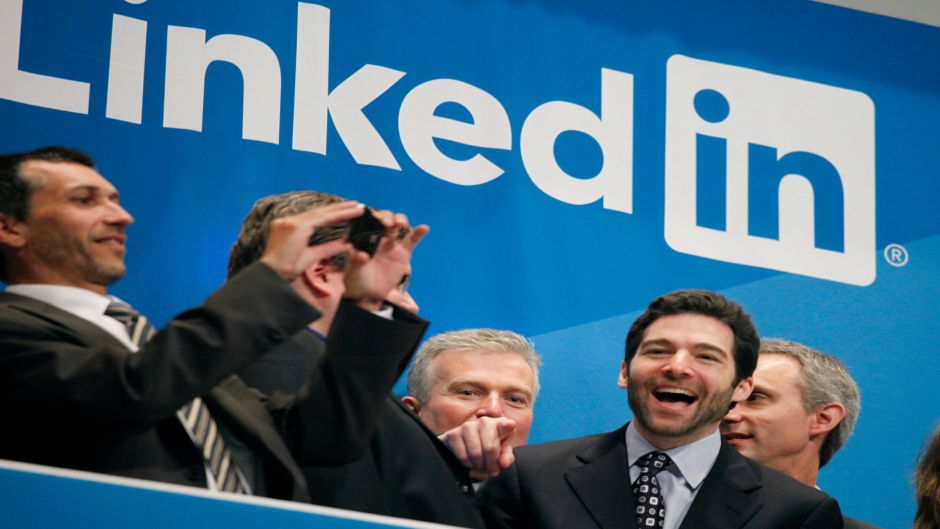 They have no reason to be happy.

What’s that faint sound I hear in after hours trading on February 5th, 2016? Might it be after LinkedIn released their Q4 earnings? It sounds like a bubble popping.

Why did LinkedIn lose $11.1 billion in a single trading day? Surely a -44.45% drop in price cannot be due to one factor and one factor alone, especially for a venture capital tech giant like LinkedIn. It was due to several factors. For starters, LinkedIn was likely overvalued to begin with, and a price correction was due. LinkedIn has over $1 billion in outstanding employee stock options, which is mixed in with the current value of stocks, and means the stock would undoubtedly be lower once those entered the market. Investors were already expecting a bit of deceleration as well, given that the effects of the market had not seemed to hit LinkedIn too hard yet. But nobody expected the huge drop that LinkedIn had on February 5th.

The earnings conference call started off optimistically, reporting that the company had beat estimates for Q4. But the honest and poor guidance afterwards was what sent the stock tumbling. The company expected to be $35 million under Q1 estimates for 2016, and to have a worse 2016 than shareholders expected. As investor’s worst fears were confirmed, the stock fell. Hard.

It could have been expected, given that 40% of LinkedIn’s profits come from outside of the US. Troubled economies in the East would certainly hurt LinkedIn’s profits, and there is no way around it. LinkedIn is going to have a poor 2016, despite showing sound direction and long-term growth, and having competent leadership unlike Twitter.

LinkedIn has recently made some moves to ensure long-term growth, including making improvements to their mobile app which now accounts for 57% of all LinkedIn traffic and improving the user experience. They fill a niche for a social network for professionals, and face no competitor they should be terribly worried about. It certainly won’t pull a MySpace, especially now that the social network industry appears to have settled after the turbulent early 2000’s. But the issue LinkedIn needs to figure out is how to better gain profits off of ads, like Facebook seems to have gotten their head around. LinkedIn provides a great service, but as is needs to make more profit without sacrificing growth and user experience. But isn’t that the question every tech company struggles with?

The question is, now, is this a buying opportunity? Is the stock going to get lower during 2016? Was the crash a mostly emotion-driven crash that will correct itself to a compromising price soon enough? Hard to say. LinkedIn seems like an excellent option to hold long as is, but the question is when to buy in and where the entry point should be. That’s as much investing advice as a 16 year old will give you. Happy trading.